10 Things Not to Do in San Francisco 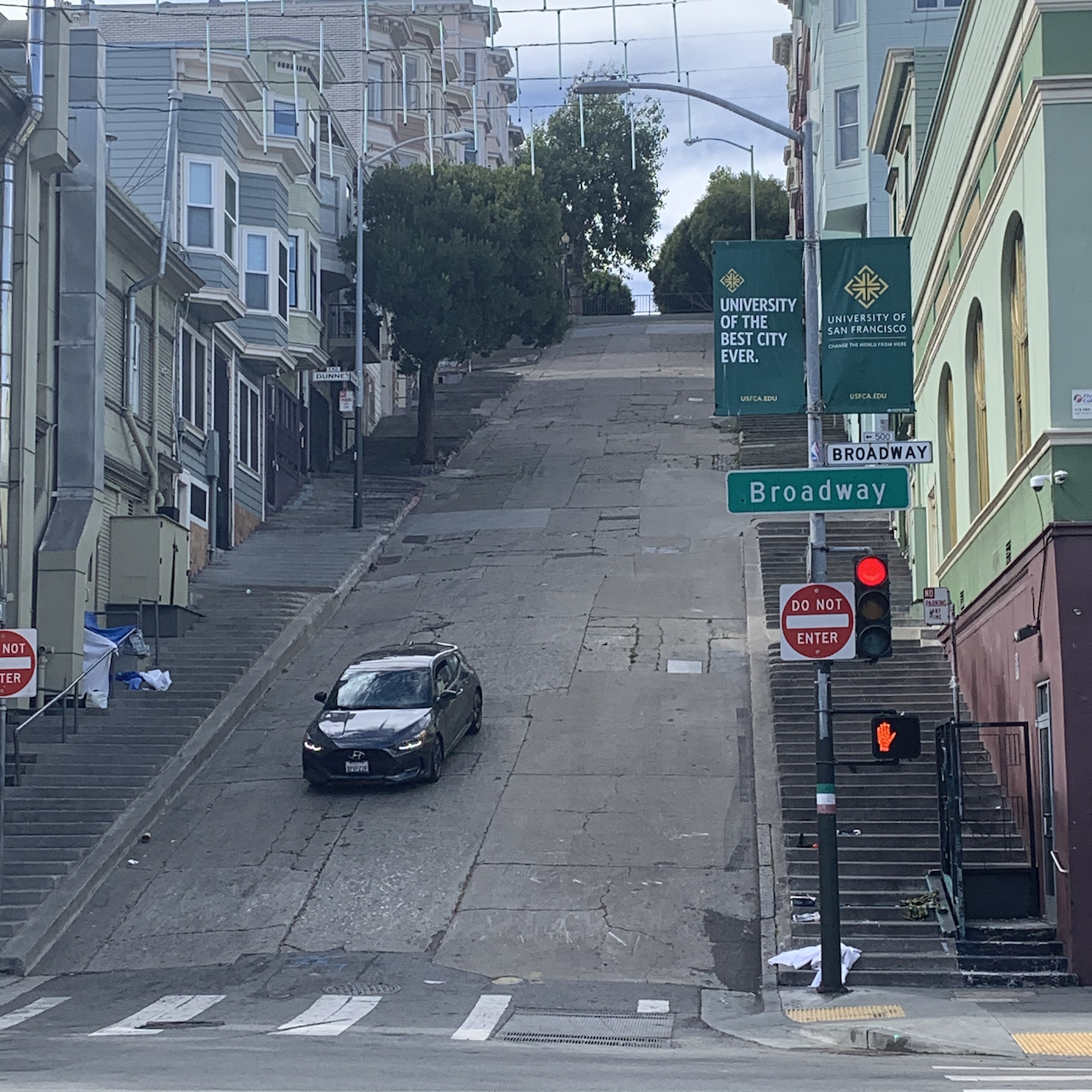 For visitors to San Francisco, trying to make decisions about what to spend their precious time doing here, just as important as adding things to the list is eliminating from it those things you aren't going to do. Because in a city with as many attractions and activities as SF it just isn’t possible to do it all. If you do you’re just going to drive yourself crazy (quite literally), you won’t do anything properly and you'll spend an absolute fortune. Remember, you’re on vacation – you should be relaxing. Just to help we put together this list of 10 things not do do in San Francisco, so you can make the most of your trip by avoiding some common mistakes.

Famously, San Francisco often sees four seasons in a day. Why is that? Well, we're a port city, straddling a relatively narrow peninsula between a large bay and the Pacific Ocean, so the weather is very changeable. What that means is that even if you're visiting S.F. in the height of summer, you can't just pack t-shirts, shorts and flip-flops. Ideally bring some warm clothes that you can layer on or off, as necessary, and an umbrella. Also bring a pair of comfortable shoes, San Francisco is a very walkable city, but we do have some very steep hills.

For the uninitiated driving in San Francisco can be a disorienting, even terrifying experience. There are numerous one-way streets - usually funneling you further and further away from where you want to go, there are sudden impossibly steep climbs (followed by spine-tingling drops, when it feels like you're going down a rollercoaster) and there's impossible to find parking (and if you do find it you'll need to up your credit limit). Driving down Lombard Street almost certainly won't be the experience you dreamt of, as you'll likely get stuck in gridlock with all the other tourists (that's why we never do it). Use public transport, it's great, and walk down Lombard Street, you'll get better photos.

3. DON'T GET THE WRONG CABLE CAR

Most tourists try and jump straight on the Powell and Market Street Line, after exploring the Embarcadero, but that can be a mistake. Riding on our cable cars can be a great experience and absolutely something you should do while you're here, but they're often very crowded, necessitating waiting a considerable amount of time to actually get on one and, if you don't have a Clipper Card, it can be expensive. Ideally don't take take the cable car from near the most touristy areas, Embarcadero and Fisherman's Wharf.

We use the cable cars extensively on our SF in a Day and Nob Hill to the Haight tours, so if your heart is set on riding one consider joining us - all metro travel is included.

It's far and away the best thing to do if you're going to be using public transport in the Bay Area. You won't have to mess around with the often-confusing ticket machines at the station and it's way cheaper. For more info about this read our guide on how to use transit in San Francisco.

Are there some good restaurants and cafes around Fisherman's Wharf? Probably. Are they the best in the city? Almost certainly not. Do locals eat there? Nope. San Francisco has an amazing, vibrant and hugely varied food scene, but you won't find it here. For the best food go to neighborhoods like the Mission District, Hayes Valley, North Beach and the Marina.

6. DON'T CALL THE CITY BY THE WRONG NAME

People that have visited San Francisco often like to highlight their inside knowledge of the city by using one of its nicknames. "SF" is okay and you can get away with "San Fran", but one of the most important things not to do in San Francisco is not to call us "Frisco". If you say it here you'll probably get a quizzical look and, quite possibly, a groan. The best thing is just to use the full name - "San Francisco".

7. DON'T FREAK OUT AT MIDDAY ON TUESDAY

Every Tuesday, at midday, emergency sirens go off all around San Francisco. It's not armageddon, but a drill that's been taking place since 1942, during World War Two. Nowadays they're designed to warn of natural hazards such as earthquakes or tsunamis. Normally they just sound for fifteen seconds - but if it's for real they last five minutes. If that happens then consider freaking out!

San Francisco is a progressive city (for the US) and has been for a long time, if you're visiting don't be surprised about that. The anti-Vietnam War and Hippie movements were always extremely strong in SF, Castro was the first Gay neighborhood in the US and same sex marriage was legal here long before many other places. We welcome immigrants. Perhaps you don't agree with some or all of the political views that you'll hear expressed here, but don't let it bother you. Travel - at least the travel that we promote - is all about keeping an open-mind, being respectful and learning from others. You're always free to disagree and maintain your own views and principles.

It's cold. Even in the summer. Nevertheless, if you want to tick it off your list, the best place to swim in the bay is at Aquatic Park, since it's quite sheltered. September's probably the best time to do it, since the weather's often nicest then and the bay's had the whole summer to heat up.

We’ve covered this extensively in our guide to tipping in the US, but when you’re in San Francisco please leave a gratuity whenever necessary. Perhaps it's not common to do this where you come from, but here it’s expected. It’s just how we do things in the U.S. If you go to a restaurant, for example, and you leave without tipping the waiter you’re going to be making some San Franciscans very unhappy. They probably won’t follow you out of the restaurant – which happens in New York – but if you were happy with your meal you’ve just been very disrespectful to the restaurant staff. For no reason. When you look at the prices on the menu just add 25% – 10% for the sales tax and 15% for the tip.

If you have any feedback on our list of 10 things not to do in San Francisco, or if you have some recommendations of your own, please email us and let us know. We’ll be sure to take it into account.