How to Use Transit in San Francisco 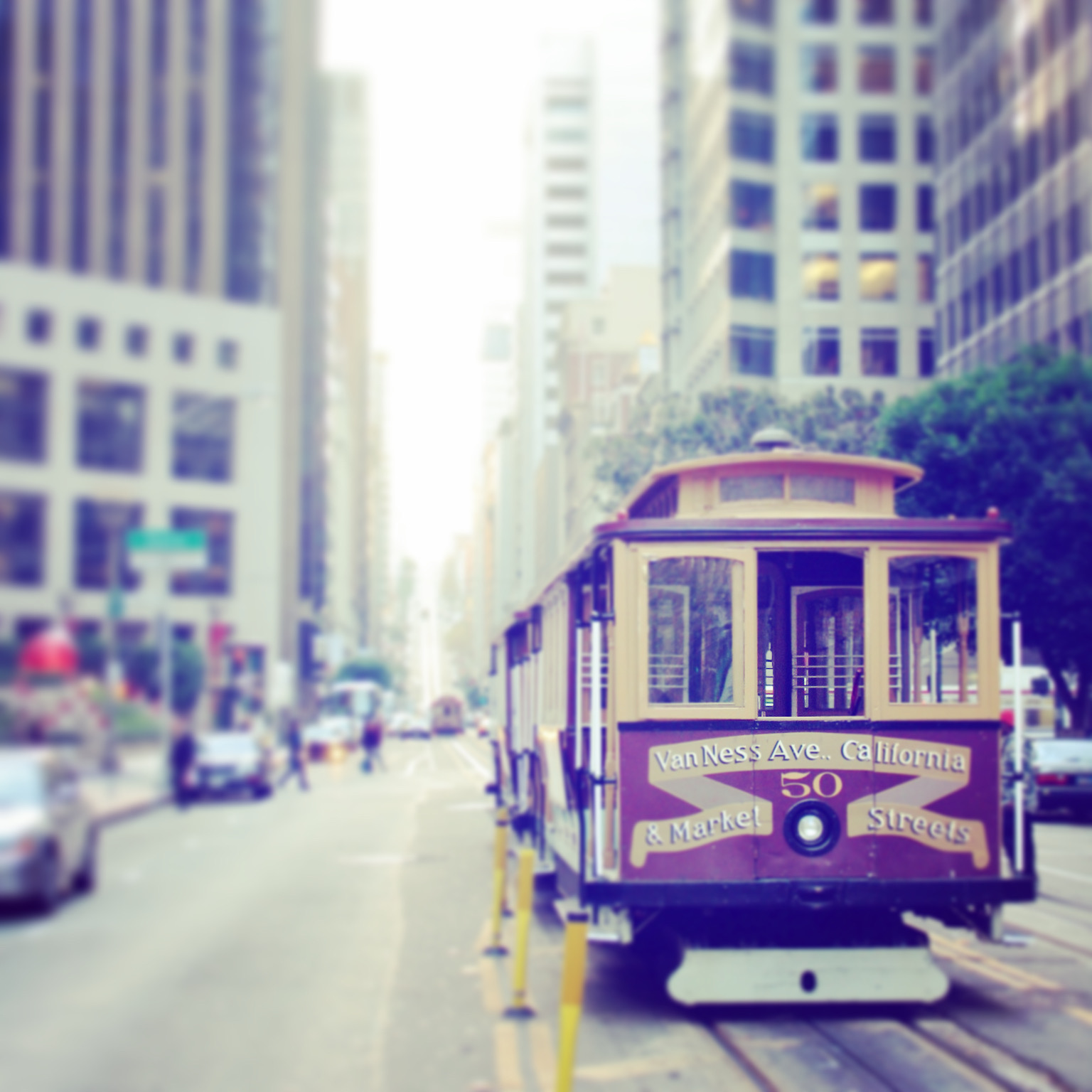 In many ways San Francisco has a great reputation where public transit is concerned - our cable cars are world-famous and many tourists comes here wanting to ride one, it's part of the romance of S.F. However, unfortunately, using the system(s) and various modes of transport that are available - cable cars, trains, buses and ferries - is more complicated that it should be, creating ample opportunities for confusion and extra expense. Fear not though, we've written this handy guide on how to use transit in San Francisco, so you can easily navigate the city and make the most of your trip.

The fact is that San Francisco does have a good metro system, so we really wouldn't recommend driving your own car during your visit. There are so many one-way streets, numerous steep hills, usually awful traffic and unfailingly horrendous parking (both hard to find and expensive), that using public transport really is your best option.

So, the first thing to understand about using transit in San Francisco is that there are four different metro systems:

A metro rail system, with fifty stations on 131 miles of track, covering several cities in the Bay Area, such as San Francisco, Oakland, Berkely and Alameda, across five counties. It's the biggest transportation system in the San Francisco region.

This agency covers the city of San Francisco itself and includes light rail, buses and our famous cable cars.

Operates commuter trains from Santa Clara (Silicon Valley) to downtown. Check schedules as this is not a turn-up and go service.

Has numerous services out of Fisherman's Wharf and the Ferry Terminal to destinations across the San Francisco Bay, such as Richmond, Oakland, Alameda and Harbor Bay. Some ferry routes only operate in the early morning and late afternoon as commuter services, so be sure to check the timetable before getting to the wharf.

Having all these different agencies can be confusing and there is a proposal to combine the two main agencies, BART and MUNI. As it is several metro stations across San Francisco operate both BART and MUNI services and you can combine journeys using different systems pretty easily, especially if you use a Clipper Card (more on that below).

SO WHICH TRANSPORT AGENCY SHOULD I USE?

If you're arriving at either San Francisco International or Oakland Airports or staying in Berkeley or Oakland, for example, you'll need to use BART. It's a quick and easy option, as BART mostly operates a turn-up and go service, with trains arriving every 2-8 minutes at the busier stations.

If you're staying near the Bay, in Oakland, Richmond or Alameda, consider taking a ferry across the Bay. It's a great way to travel and it's cheaper than taking a tour boat ride.

If you're in San Francisco itself, then you'll most likely be using the MUNI system. There's a great network of underground light rail, buses and cable cars which can get you close to most places that you're going to want to go. If you're planning on taking a cable car just bear in mind that they're small and can get very crowded with all the other tourists. The most scenic routes are the California Street and Powell-Hyde lines.

If you're staying in San Jose, Mountain View, Palo Alto or Menlo Park you'll probably need to use Caltrain and then change onto MUNI or BART.

This bit's easy - get a Clipper Card. You can buy tickets individually of course, but that could get pretty expensive - a one-way Adult ticket for the cable-car is $7 alone. Clipper Cards are available in person at most stations for $3, but if you order online it's free.

With a Clipper Pass you're able to use BART, MUNI, Caltrain and San Francisco Bay Ferry services. You can either buy a travel pass or load a cash amount on your card (you can start with just $20, which would be enough for a few rides) and there are discounts for seniors, juniors and those with special needs.

A MUNI Pass is a good option if you're mostly seeing attractions in San Francisco itself. An Adult Pass is $13, which for S.F. is pretty reasonable.

GETTING TO THE GOLDEN GATE BRIDGE

The best way to get there is to take a bus to the transit center just south of the bridge, which is only a short walk away.

We hope you found our guide to using public transport in San Francisco helpful. We look forward to meeting you on one of our tours soon, all of them start and end at a train station or bus stop, so they're really to do using either BART or MUNI. 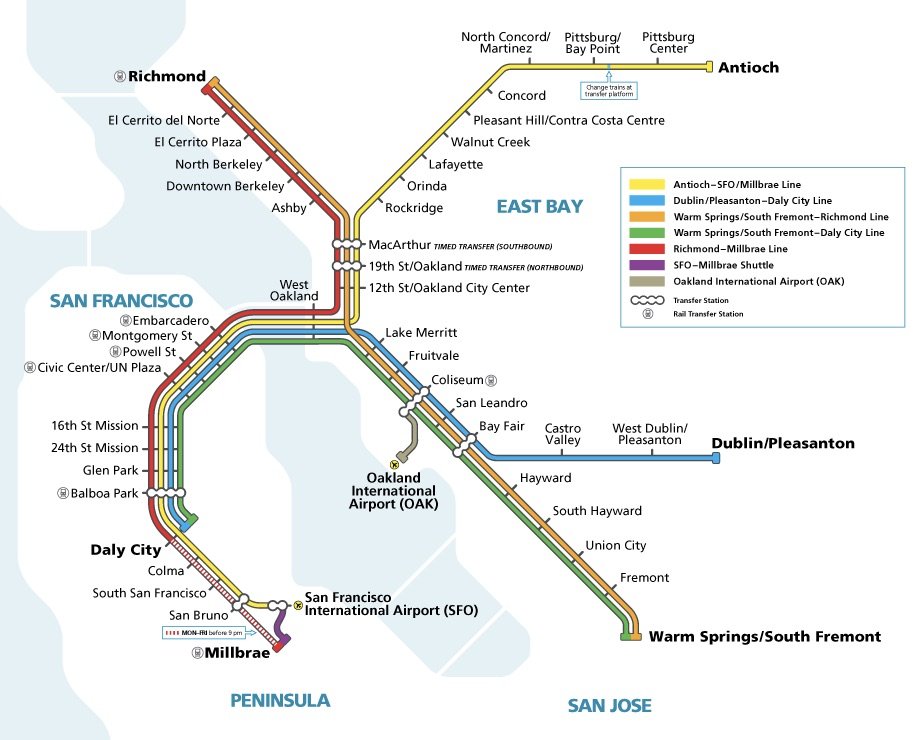